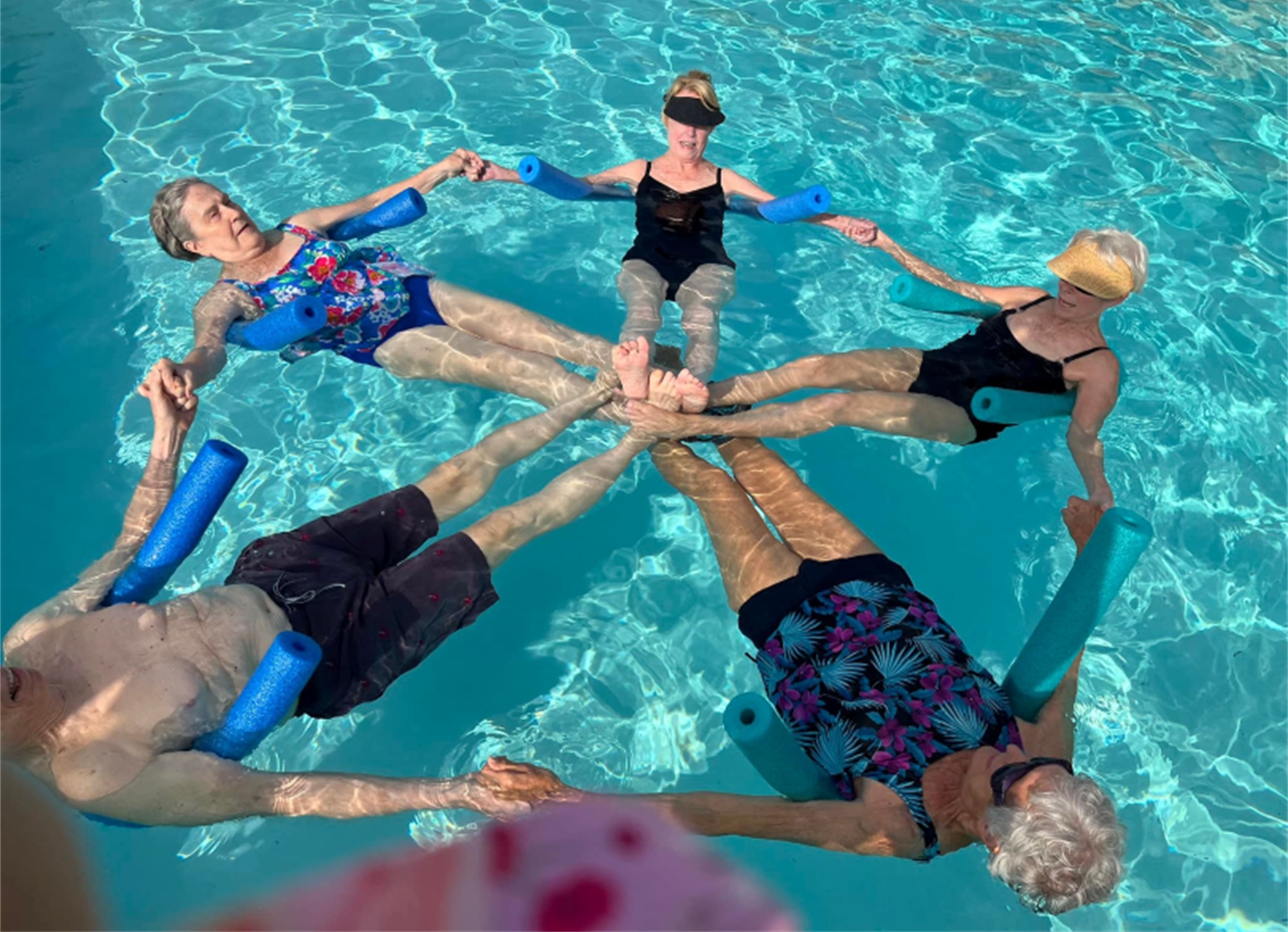 When it comes to playing in the pool, we’ve all used our own brand of excuses to not get out there and enjoy a refreshing dip. Some may point to their various ailments as a reason to avoid the pool while others are held hostage by their own body image issues that keep them from putting on a suit.

A group of 11 residents (and one Executive Director) aren’t letting excuses like these get in their way. The community has recently started their own synchronized swimming club called Sync ‘R Swim. Trudy Kenyon (pictured left), who is responsible for the idea explained, “We’re getting great exercise, not being limited by any past ailments, plus, body embarrassment is a thing of the past!”

Kenyon and her peers acknowledge that it is a surprising thing to see a group of older adults do. In fact, the group is taking the opportunity to knock down stereotypes that suggest their generation can’t do certain things because of age or ailment. “We’ve got a pool full of survivors,” Kenyon quipped. “Knee replacement survivors, back fusion survivors, cancer survivors. You name it, we’ve survived it. Now we’re swimming strong and in unison.”

Kenyon came up with the idea as she was enjoying the water aerobics class hosted by the community. “I thought, ‘if we’re doing water aerobics, why not synchronized swimming?’” The team practiced for their big debut performance held on July 4th, but a special preview performance was held for KRIS TV and KIII TV, both local news stations, a few days prior. The swimmers were the talk of the town when the story was broadcast across the Coastal Bend region. They were even featured on MSN Watch, Yahoo News and Southern Living, all national news sites.

What’s in the future for the Sync ‘R Swim team? “We can’t wait to show everyone what we can do,” said an enthusiastic Kenyon.” Who knows? Maybe soon they will perform in a swimming pool near you.