Mirador
▸
ABOUT
▸
Proud to be an American 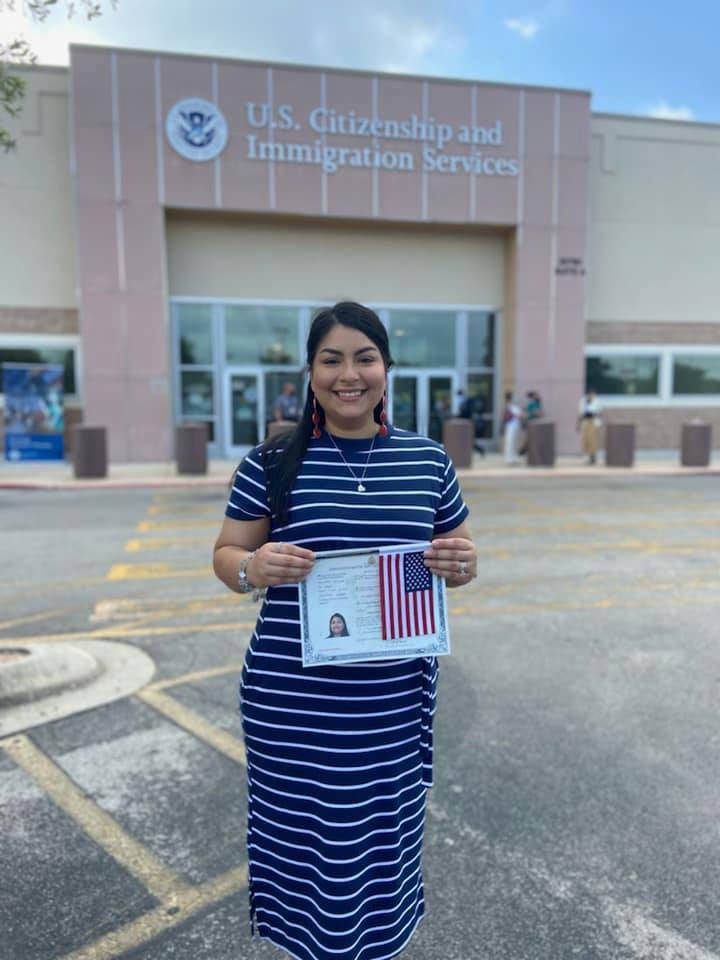 Proud to be an American

Vasti Escochea, Mirador’s Senior Living Sales Counselor, has traveled a great distance, both literally and figuratively. She spent years  pursuing a lifelong dream that has only recently come true. She has been declared an American Citizen.

Vasti Escochea was born in Ciudad Miguel Aleman, Tamaulipas, a small city in Mexico. The region is considered one of the most    dangerous in the country due to rising violence in the area. The city is also marked by extreme poverty and few employment opportunities. Escochea’s parents obtained visas for their family in 2002 which allowed legal entrance into the United States for them and their four young children. Vasti was four years old at the time, “While I can’t remember much about my former home in Mexico, I do remember how poor people were. They were out on the streets desperately trying to sell things, anything, just so they could eat. I know that  my  family didn’t  have  much  at  that  time  either. Coming to America was how my parents imagined a better life for my siblings and myself.”

When she got married in 2016, Vashti’s husband was able to petition on her behalf which set the process in motion.  After five  long  years of  interviews, along with verbal and written exams, she was finally granted citizenship. Vasti described that day as tears streamed down her face, “I just feel...free. I feel like I can fulfill the American dream to have a job, a safe home and a happy family that is well taken care of. I am so ecstatic that my daughter (plus, another baby on the way) will have so many more opportunities because we are in America. It’s a wonderful feeling, I am so thankful.”