Mirador
▸
ABOUT
▸
Inspiration for a Patriotic Poem 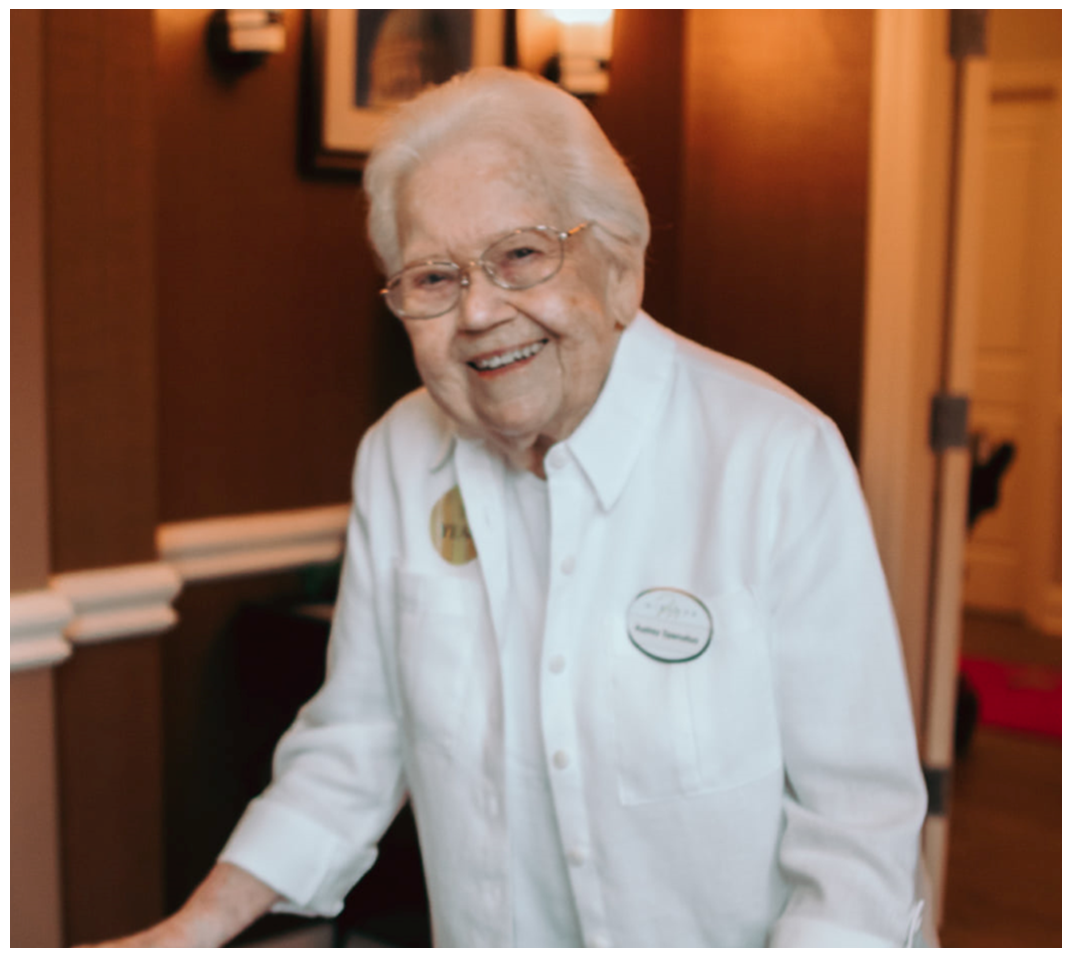 Inspiration for a Patriotic Poem

I am 93 ¾ years old which tells I grew up in the WWII era. My town was a beautiful southern town – Wilmington, North Carolina which became known as a Wartime Boomtown. Rightly so, with Cherry Point Marine Air just north of us, Camp Lejeune, Marine, and Camp Davis Army and Navy, a ship building facility, practically on our front street where the Neuse River flows into Atlantic. A few miles south in South Carolina is Paris Island Marine Boot Camp. We were a patriotic city. When a flag was being raised or lowered, or if the National Anthem was heard, we stood quietly.

On the weekend, our streets were filled and overflowing, (whose transportation was military buses) with men in uniform, “our boys,” we called them. They were young and from the east to west and north to south. We were a dry city, so activities were in churches, parks, and the drug store, and yes, the USO! I became a USO Hostess in 1944 – young, yes, but so were our boys 17, 18, 19! On Saturday nights, we danced to the military band playing sounds of Lex Beneke, Glen Miller and Harry James. Since “the boys” could spend the night in a lower dormitory, our USO was crowded. Early Sunday morning I and other girls served coffee and donuts with lots of laughter and conversation. We would invite a person or group to go to church and home to dinner, “the southern way.” Sunday afternoons were for games, letter writing and more talk.

In 1946, I met an 18-year-old marine from New York City. We were married March of 1947. Comments like this became common: “You ‘gonna’ marry that Yankee?” and from New York side, “You can’t marry that Southerner!”

One great thing that came out of wartime was that these divisive thoughts and comments died – we became one people as we are here today. I remember unpleasant, scary things from those yesterdays. Black out curtains, air raid warnings and some nights blazing sirens – “U boats” on our coast and some enemy found on our beaches. There were small POW barracks in sight of my house. The saddest part was learning “our boys” were leaving us to fight. We cried. For me now 80 years later, you vets are still “our boys,” our heroes who saved our world from tyranny – HEROES AND PATRIOTS forever.

Eight months after discharge, Warren and I were in Tuscaloosa, Alabama he was on the GI Bill at the University of Alabama and here I am today. Life has flown by.

About seven years ago, while walking by our flagpole, I noticed the flag was nearly in shreds. Words flowed through my mind that I quickly wrote down. That patriotic blood never stopped flowing.

A poem written by Audrey Spanutius

There flies our Flag

So goes our country,

Over which it guards,

It flew proud and strong,

A shinning light of freedom

At home and abroad

With every sighting of this flag

As we gave thanks to god for our

We shed precious blood of our young

Is blood lost for naught

Our freedom is going to fight.

Now our prayer is “god save us with

renewed awareness and boldness of old”

May our flag be raised in truths and sights of

yester year and we the people

be not torn and tattered in disrespect.